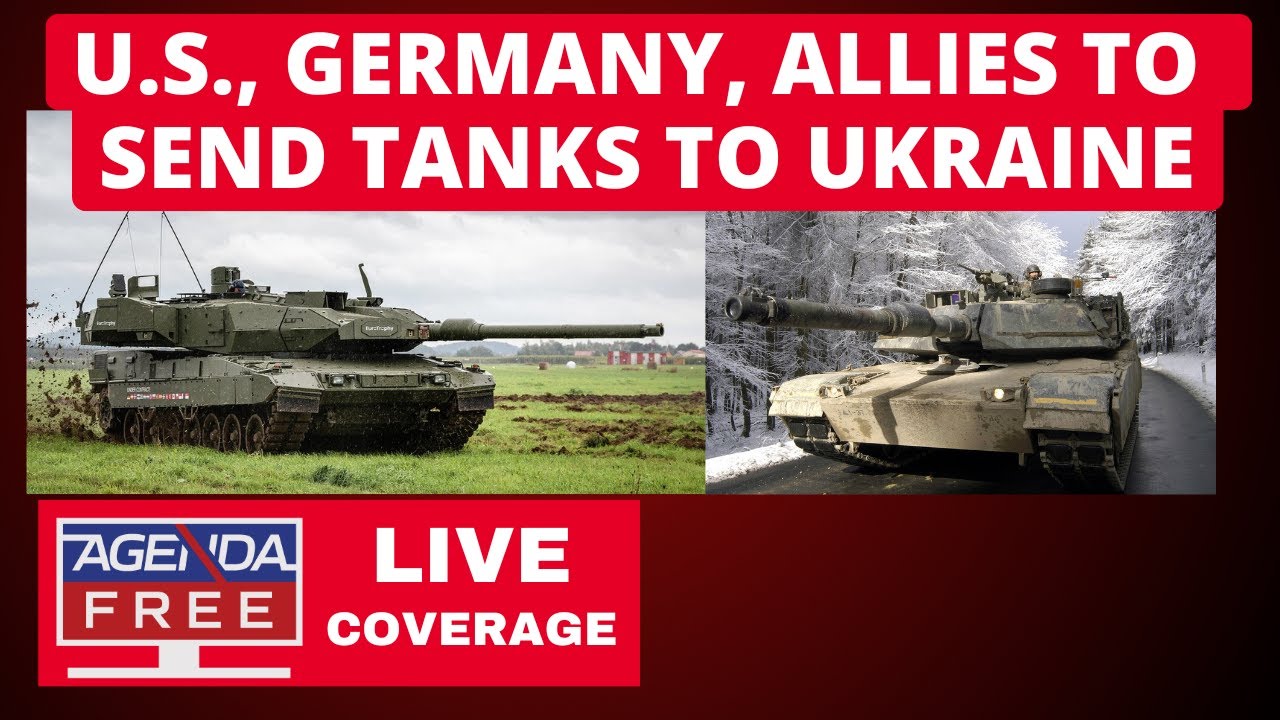 Earlier today, Germany announced it would send Leopard tanks to Ukraine and also that it would allow other countries to send Ukraine the German-made Leopards as well. (Finland, the Netherlands, and Spain have already announced they will do so.) Today at noon ET, President Biden is expected to announce the US will send M1 Abrams tanks to Ukraine. The U.K. has also announced it will give Ukraine some of its Challenger 2 tanks. In this interactive live stream, host Steve Lookner brings you the latest on the United States, Germany, and allies sending advanced tanks to Ukraine, including live coverage of President Biden’s expected announcement on the M1 Abrams tanks, and he’ll also read your comments and questions on the air!

Your donations keep us on the air!
Donate at http://agendafree.tv

Or get cool Agenda-Free TV rewards by supporting us on Patreon: http://www.patreon.com/agendafreetv

Join the Agenda-Free-TV Discord so you can chat with other viewers when we’re not on the air!
https://discord.gg/agenda-freetv

Thumbnail photo of Leopard tank from Wikimedia Commons by Fric.matej.