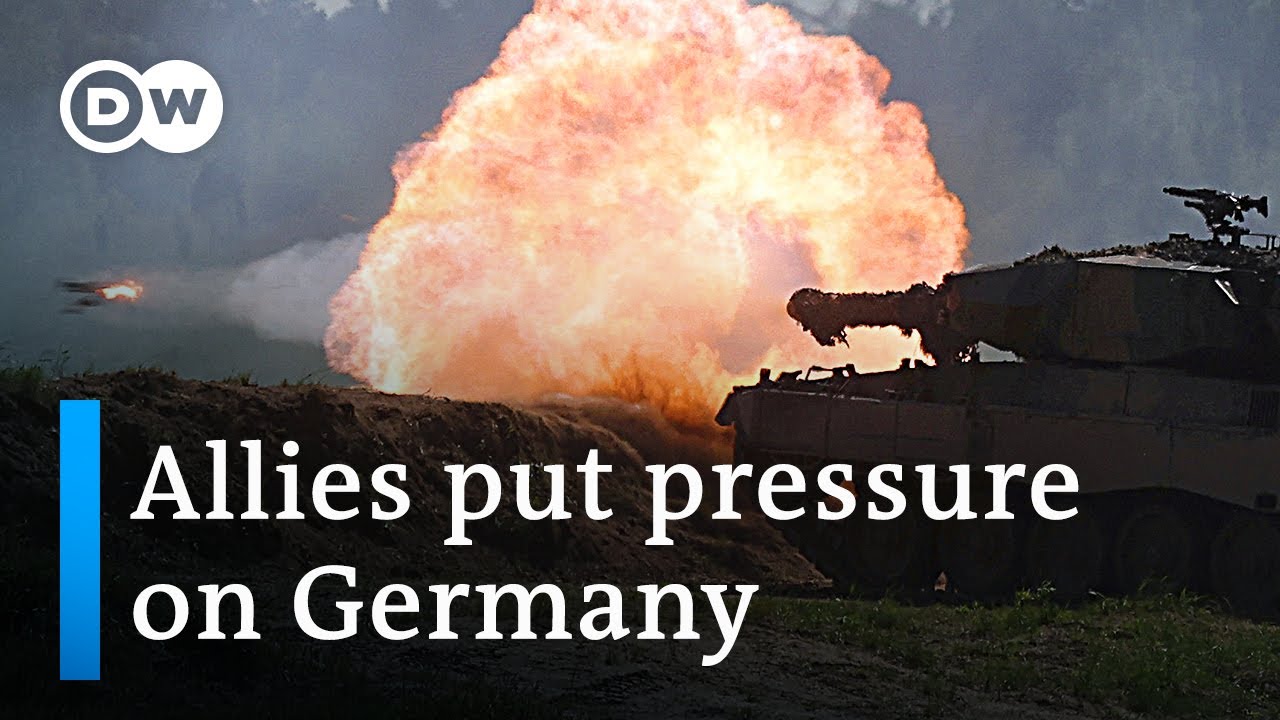 Ukrainian President Volodymyr Zelenskyy’s chief of staff has said Ukraine needs “several hundred” tanks to push back Russian forces amid Berlin’s hesitancy over Leopard 2 deliveries. “We need tanks — not 10-20, but several hundred,” Andriy Yermak wrote on Telegram. “Our goal is [restoring] the borders of 1991 and punishing the enemy, who will pay for their crimes. Ukraine declared its independence from the Soviet Union in 1991. Russia took over the Crimean Peninsula in 2014, and claimed to have annexed parts of the southern and eastern Ukraine in September 2022.

Polish Prime Minister Mateusz Morawiecki has said Warsaw could send Kyiv Leopard 2 tanks without Germany’s permission. “We will ask for such permission, but this is an issue of secondary importance,” Morawiecki said. “Even if we did not get this approval, we would still transfer our tanks together with others to Ukraine.”

“Even if Germany is not in this coalition, we will hand over our tanks, together with the others, to Ukraine.”

Morawiecki said German Foreign Minister Annalena Baerbock’s statement on Sunday that Berlin would not obstruct Polish efforts to send German-made tanks to Ukraine represented a “spark of hope” that Germany might join the coalition of countries ready to send Ukraine tanks.

“We are constantly exerting pressure on the government in Berlin to make its Leopards available,” the Polish premier said. He added that Germany has “more than 350 active Leopards and about 200 in storage.”

Here are other updates on the war in Ukraine on Monday, January 23:

German MP says battle tank decision needs more time
Speaking to DW on Monday, German Bundestag member Ralf Stegner said Germany’s hesitation on sending battle tanks to Ukraine is not based on an an “implicit” refusal to do so, and emphasized that the government is taking its time in order for details to be agreed upon in coordination with Germany’s allies.

“It’s not Germany on the brakes, but it’s different countries with different opinions,” said Stegner, who is a member of German Chancellor Olaf Scholz’s center-left Social Democrats (SPD).

“We want to make those decisions with our allies together, not as a loan decision from Germany,” he added.

Stegner also chimed in on the public statements made by German Foreign Minister Annalena Baerbock on Sunday, in which she said Germany would not stand in the way of Poland if it wished to send its German-made Leopard tanks to Ukraine.

He explained that although it is not “surprising” that Germany would not want to stand in the way of other countries providing tanks, “it’s just not usual to communicate” this kind of issue without following procedure.

“I don’t know why the foreign minister said something public,” he said.

The lawmaker said these kind of decisions are made in a “confidential meeting of a relevant special committee, after which results would be made public.”