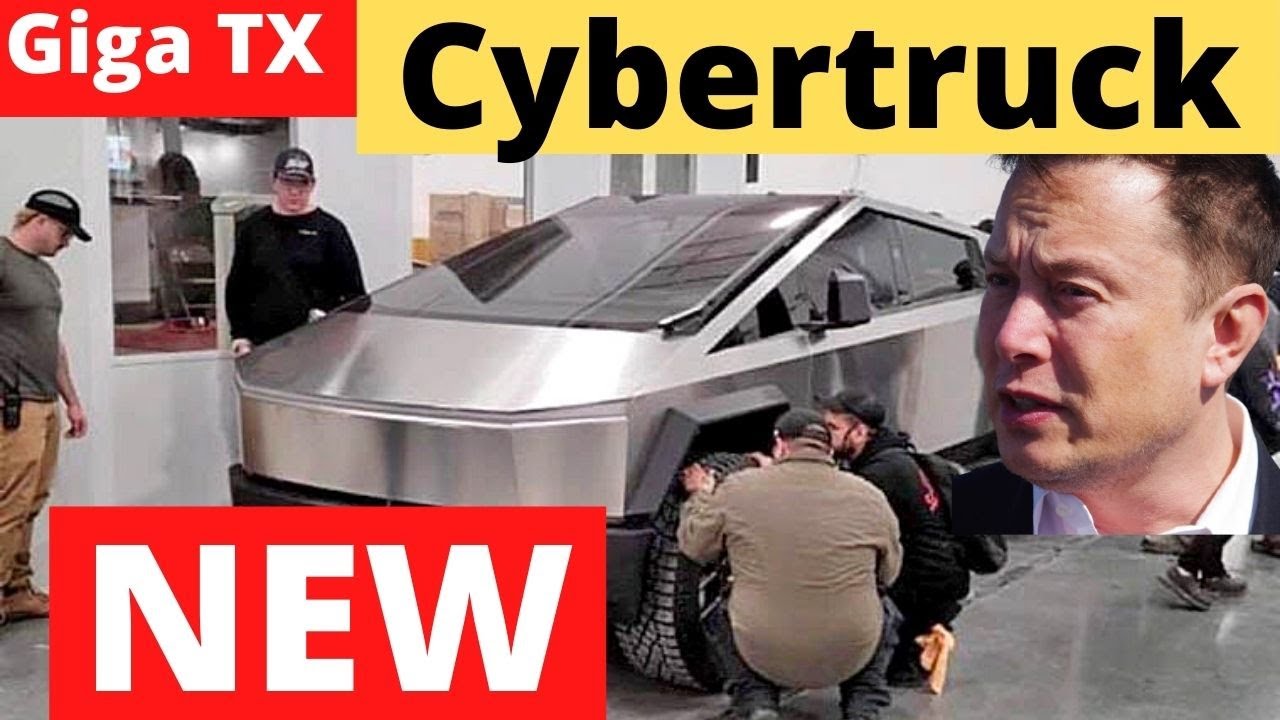 The Cybertruck appears to have been brought in by truck. See a special report on that later today at Torque News Youtube channel. Please subscribe.

CEO Musk had occasionally hinted that the Cybertruck for the series would not look exactly like the prototype presented in November 2019. In December there was also a first glimpse of what he might have meant specifically: A new prototype with some changes was filmed on the premises of the Tesla factory in Fremont . Particularly striking and probably a concession to registration rules: Unlike the one in the presentation, this Cybertruck had both exterior mirrors and windshield wipers, and in both cases they were quite bulky.

These elements can also be seen in the cybertruck now apparently shown to a group of Tesla workers at the Texas factory. So it could be the same prototype or a prototype that has been further developed in this direction. According to a Twitter user, the two photos, first posted on the Cybertruck Owners Club forum , were of a friend of his who works at the Texas factory. One only shows the vehicle itself in a hall, on the second several people are examining details of it intensively.

Overall, the Cybertruck looks a bit more civil than the original version from 2019 in the solo photo taken from the front. The front looks a bit rounder and shorter. For some, it gave the impression that Tesla had placed a huge frunk like in the Ford F-150 Lightning underneath. Outside mirrors and the large one-arm wiper also indicate that this prototype is closer to series production – CEO Musk explained after the first aerial photographs from Fremont that more elegant solutions for this were difficult.