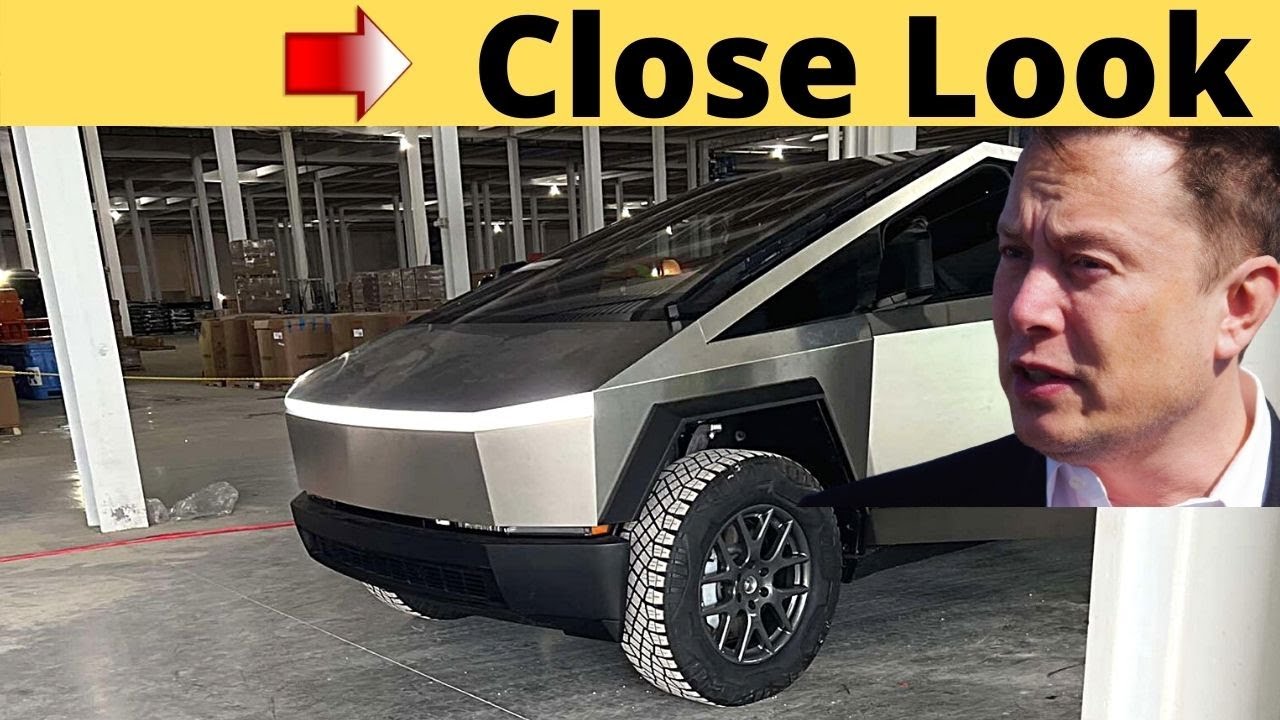 Tesla blogger Sawyer Merrit just shared some exclusive images of the Cybertruck at the Giga Texas factory, in which it looks like there is a display in front of the yoke.

There are a few things here to consider. Tesla doesn’t want to give away that the $70,000 Cybertruck has the same technology as the $140,000 Plaid Model S. And if you look at the screen, it has the image in quick controls the model x has so maybe you can control all the doors from the main screen.

After a few pictures of the new Tesla Cybertruck leaked from the Giga Texas factory yesterday, a video of the same Cybertruck prototype was released and it gives us an even closer look at the truck. The video appears to have been filmed by contractors or new employees at Gigafactory Texas, based on the commentary on the video that was shared on Facebook.

The video shows the rest of the Cybertruck as the person walks around it, giving us a glimpse of the wheels, tailgate, and bed.

This version of Tesla’s electric truck does not have door handles. How to open the doors was a topic of discussion while the video was being shot. Explain that you can tap your phone or a card on a specific sensor, and the door will open.

They emphasize that it is a prototype, so the version that they would launch on the market may be subject to change.

Tesla CEO Elon Musk commented on the wiper that he was concerned about and that they intended having a wiper that you could store in the front trunk would be “ideal, but complex.”