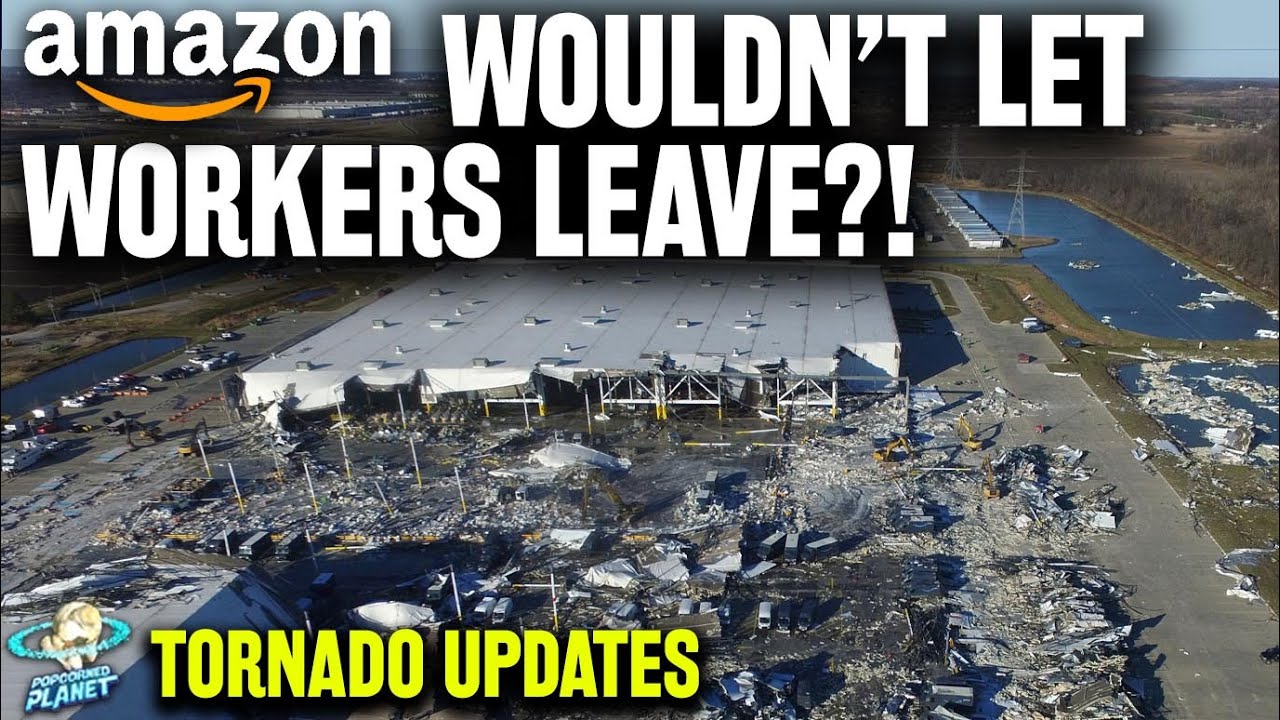 Andy Signore Popcorned Planet breaks down the update that perhaps Amazon workers were told not to evacuate the warehouse as a deadly tornado was heading their way!?

Following is an excerpt from Reuters – Six d**d, no hope of more survivors after tornadoes destroy Amazon warehouse
https://www.reuters.com/world/us/injuries-reported-after-roof-collapse-amazon-warehouse-illinois-ap-2021-12-11/

Dec 11 (Reuters) – Six Amazon.com Inc (AMZN.O) workers were confirmed d**d on Saturday after a series of tornadoes roared through a warehouse near St. Louis, ripping off its roof and causing 11-inch thick concrete walls longer than football fields to collapse on themselves.

At least 45 Amazon employees made it out safely from the rubble of the 500,000-square-foot Edwardsville, Illinois, facility, fire chief James Whiteford said. Authorities had given up hope of finding more survivors as they shifted from rescue to recovery efforts that were expected to last days.

Tornadoes ripped through six U.S. states Friday night, leaving a trail of d**th and destruction at homes and businesses stretching more than 200 miles.

The Amazon facility was hit about 8:38 p.m. central time, Whiteford said. The force of the winds was so severe the roof was ripped off and the building collapsed on itself.

Witnesses said workers were caught by surprise and forced to take shelter anywhere they could find.

“I had a coworker that was sending me pictures when they were taking shelter in the bathroom, basically anywhere they could hide,” said Alexander Bird, who works at a warehouse across the street. People had to think on their feet quick.”

And JOIN Our Community to become a Popcorned Planeteer, to really become a part of the team and get Exclusives Scoops & Perks!
https://www.youtube.com/channel/UCCdicbO4cLE4s1wbXjJSuSg/join