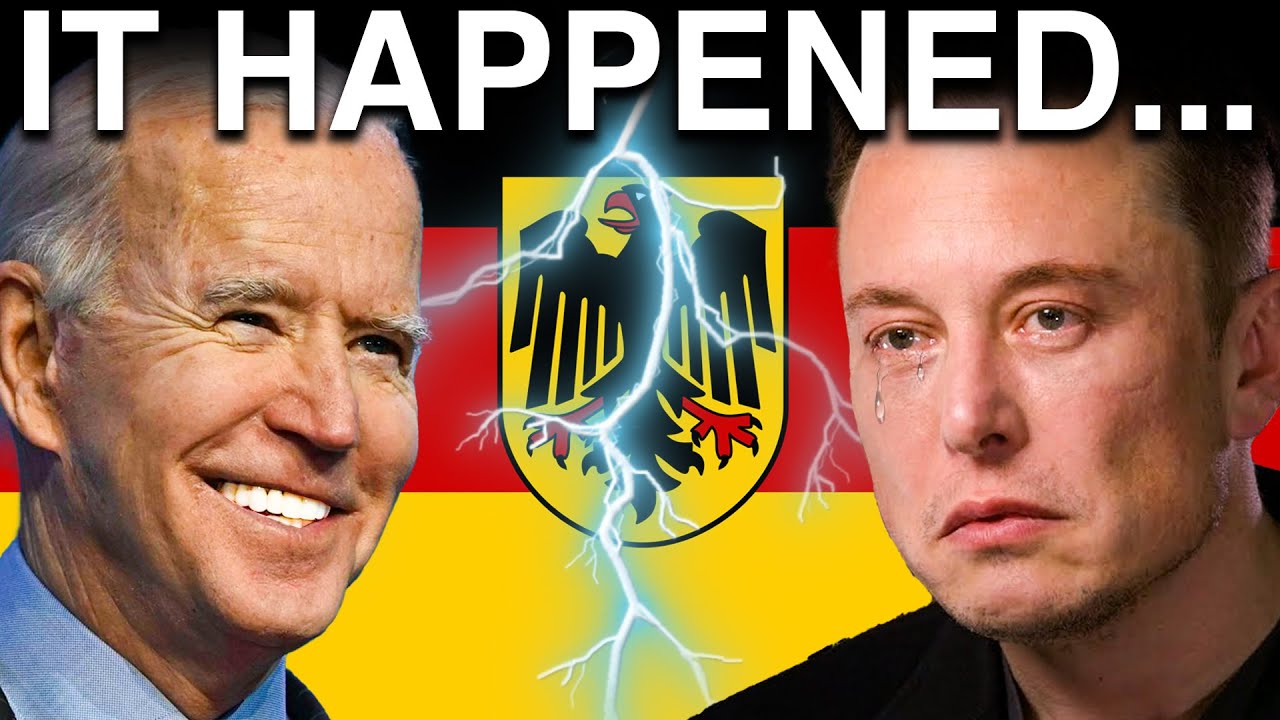 With the long legacies German automakers have, one would expect the electrical
revolution of the auto industry to come from Germany. However, it took a young
American startup to make the world take electric vehicles seriously! But how did Tesla
manage to soundly beat the whole German car industry in so short a period of time?
This is the story of how Tesla just defeated the totality of the German car industry!
Everybody knows the Mercedes-Benz brand, the company that makes luxury cars that
symbolize wealth and prestige worldwide. Despite their hefty price tags, this brand sold
nearly 2.5 million vehicles in 2020! These were apart from the many trucks its parent
company Daimler sold under its five brands in the same year, pulling in a massive 43
billion dollars in revenue! This company has roots going as far back as the turn of the
19th century!
Its fellow German company, BMW, is another famed car brand that also plays in the
luxury category. It finished 2020 with more than 2.3 million vehicles shipped globally
across all its brands! This automaker has been going strong since it started production
in Munich in 1916.
Rounding off the German trio is Volkswagen, which delivered 9.3 million cars in 2020,
dwarfing the two other companies! It pulled in a massive 223 billion euros in revenue,
even though its deliveries fell by about 15 percent. Volkswagen, known for its iconic
Beetle car, is the parent company of popular brands like Audi and Porsche. It started
operations in Berlin in 1937.
Volkswagen’s Wolfsburg plant churns out more than 800,000 cars annually!
Despite all this history and achievement, Tesla, an American startup less than 20 years
old, struck terror in the heart of the whole German car industry when it decided to set up
a plant in Berlin! It is one thing to be hammered by Tesla from overseas, and it is
another to have Tesla come to where you have home advantage to step up the
onslaught!
This singular act of defiance of taking the fight to their home turf has set Germany on
edge, with the CEO of Volkswagen, Herbert Deiss warning his compatriots that Tesla
stands to disrupt the status quo if they all maintain their complacent attitude.
He also warned of impending doom for auto workers, who he said would lose thousands
of jobs if they did not step up to the challenge of electrification of the auto industry!
This foresight has landed the CEO in hot water, but Diess’ words are a dire prediction
that is already coming true!
Diess is worried about the future of auto-making in Germany due to the closer
threatening presence of Tesla. He told his workers he was concerned about the iconic
Wolfsburg plant and whether their children and grandchildren would be able to work
there gave him sleepless nights!
That would have been unimaginable five years ago, but with renewed interest in electric
vehicles and climate action coming out of the pandemic, Diess has more than enough
reasons to be worried by his industry’s inability to adapt fast in the EV world that Tesla
is changing rapidly!
At this point, it is clear Tesla is out-innovating the rest of the German auto industry. And
like Diess warns, the German automakers have to make big and fundamental changes
if they should stand a chance to catch up with Tesla.
It might have been subtle but Musk’s words while pleading for talents to work in the
brand new Giga Berlin were a shot at the German carmakers! He said he feared Tesla
would not be able to find enough competent hands in Germany to man Giga Berlin and
invited workers from all over the world to make up for the shortage!
Musk is, in effect, indicting one of the leading centers of innovation in the automobile
industry in the last decade of not being able to produce 12,000 skilled workers for his
company!
Is Musk exaggerating in this plea for qualified workers?
Well, Musk has said manufacturing would become Tesla’s main advantage, so let’s
compare Tesla’s production with Volkswagen’s!
While many people used to ding the quality of Tesla’s cars as they praised its software,
range, and acceleration, that is now a thing of the past, as attested to by Diess, who
points out Tesla wants to make half a million cars with only 7,000 workers in Giga
Berlin! In contrast, Volkswagen’s plant in Wolfsburg needs 65,000 workers and 5,000
robots to produce 800,000 vehicles annually!
Even comparing electric to electric, Volkswagen shows signs of what might be the case
of too many cooks spoiling the broth or simply gross production deficiency! For
example, it takes Volkswagen 30 hours to make an electric car at its Zwickau plant,
while Tesla will build a car from start to finish in just 10 hours in Giga Berlin! Tesla will
produce 90 units per hour in one line!
While Volkswagen struggles to bring its production time down to 20 hours, it is clear
Musk has a point in begging for overseas workers to staff its ultra-modern Berlin factory!