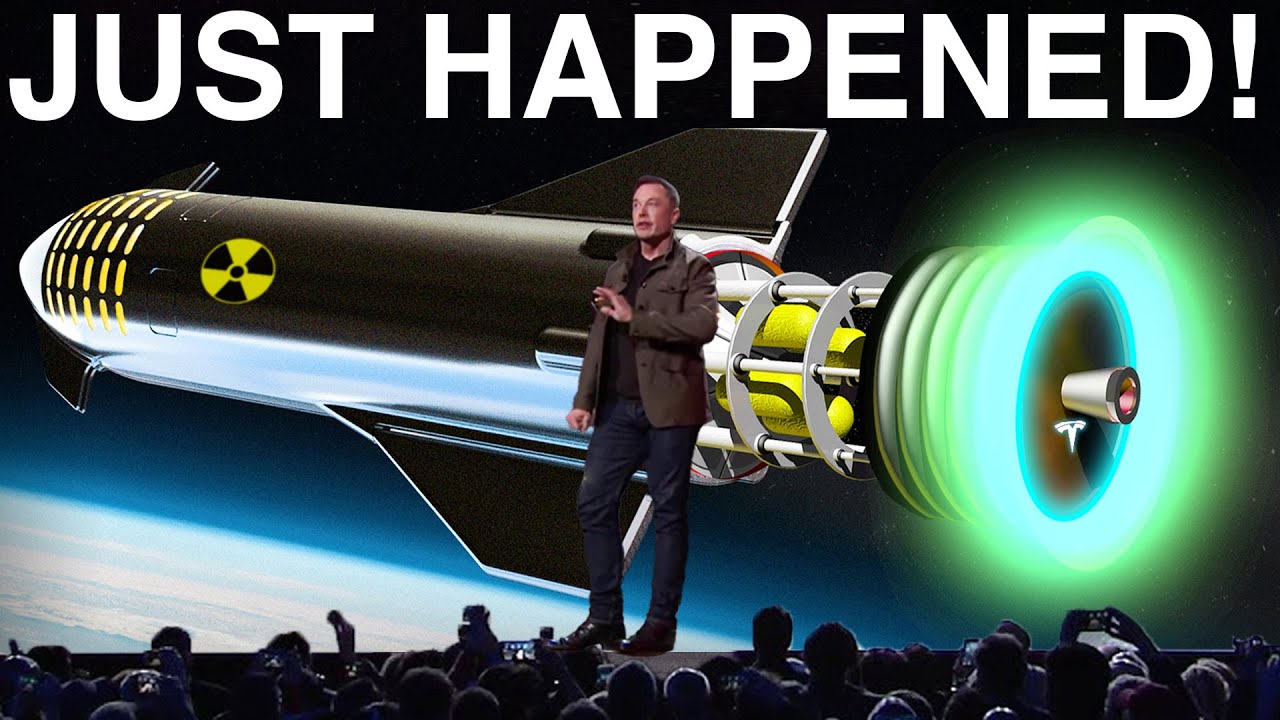 The explorers of the past discovered new lands and founded colonies, many of which still exist today. Elon Musk has the same spirit of exploration, but his target is literally out of the world! He wants to form a settlement on an entirely different planet, Mars! One problem he has is that going to Mars will take you five months at the shortest, which to Musk is just too long! However, he has found an ingenious way to cut the trip to just 100 days or even less! What is this method, and how does it work?
Join us as we dive into SpaceX Nuclear Starship that Is Finally Happening!
If you are planning a trip to Mars, you have better start with how you will cover the vast space between Earth and the Red Planet. Even if you choose the best time to take off, which comes around once in a while when the two planets align the most, you will spend the next five months in transit as you cover millions of miles! Space is massive, and anywhere you are going is far! Humanity has been making do with large fuel burning rockets when we head for space, but it has limited where we can go because we have to take into consideration the amount of energy required for the trips and the time it will take.
SpaceX is working on the Starship to take people to Mars, but while the current Starship can carry lots of cargo, it will not cut down the travel time significantly.
As Musk is aware, you don’t want to spend five months between Earth and Mars. This is because there are so many risks with that! Astronauts on a trip to Mars would be exposed to very high levels of radiation which can cause serious long-term health problems such as cancer and sterility. As explorers going to populate a new territory, Musk wants them to arrive as healthy and fertile as possible! Radiation shielding can help, but it is extremely heavy, and the longer the mission, the more shielding is needed. A better way to reduce radiation exposure is to simply get where you are going quicker!
Also, the more time you spend in transit, the higher the chance of something going wrong! You could run out of fuel, for example, or a component breaks down! You also want to think of the problems with confining a hundred people to a space as small as the interior of a spacecraft! Emotions might flare and cause conflicts, jeopardizing the mission! And deep space is the last place you want something to go wrong because you are entirely on your own! So Elon Musk basically needs to find the shortest way to move people to Mars!
Even when the Starship is not transporting humans to Mars, it makes sense for space trips to be shorter. For example, during space exploration for science, it is important to get data from unmanned missions as soon as possible. Consider that it took Voyager-2 12 years just to reach Neptune, where it snapped some incredible photos as it flew by. If Voyager-2 had a faster propulsion system, astronomers could have had those photos and the information they contained years earlier, moving our knowledge of the universe forward faster!
Musk has indicated in the past that he is considering different options for powering spacecraft! For instance, he has tweeted about how nuclear powered rockets would be a great area of research for NASA! He has good reasons for this because nuclear systems are faster!

But why is a nuclear powered Starship faster? To answer this question, let’s look at the basics of how rockets work in space currently. Once you manage to escape the Earth’s gravitational pull, you have three things to worry about: number one is thrust which is how fast a system can accelerate a ship. Number two is mass efficiency, which is how much thrust a system can produce for a given amount of fuel, and lastly, energy density is how much energy a given amount of fuel can produce.
The most common propulsion systems in use are chemical propulsion, regular fuel-burning rockets, and solar-powered electric propulsion systems.
While chemical propulsion systems provide a lot of thrust, chemical rockets aren’t particularly efficient. This is because rocket fuel isn’t that energy-dense. For instance, the Saturn V rocket that took astronauts to the Moon produced 35 million Newtons of force at liftoff and carried 950,000 gallons of fuel! While most of the fuel was used in getting the rocket into orbit, the limitation is that it takes a lot of heavy fuel to get anywhere.
The other option uses solar panels to generate thrust using electricity. The most common way to do this is to use an electrical field to accelerate ions, such as in the Hall thruster. These devices are commonly used to power satellites and can have more than five times higher mass efficiency than chemical systems. But they produce much less thrust, like about three Newtons, or only enough to accelerate a car from 0