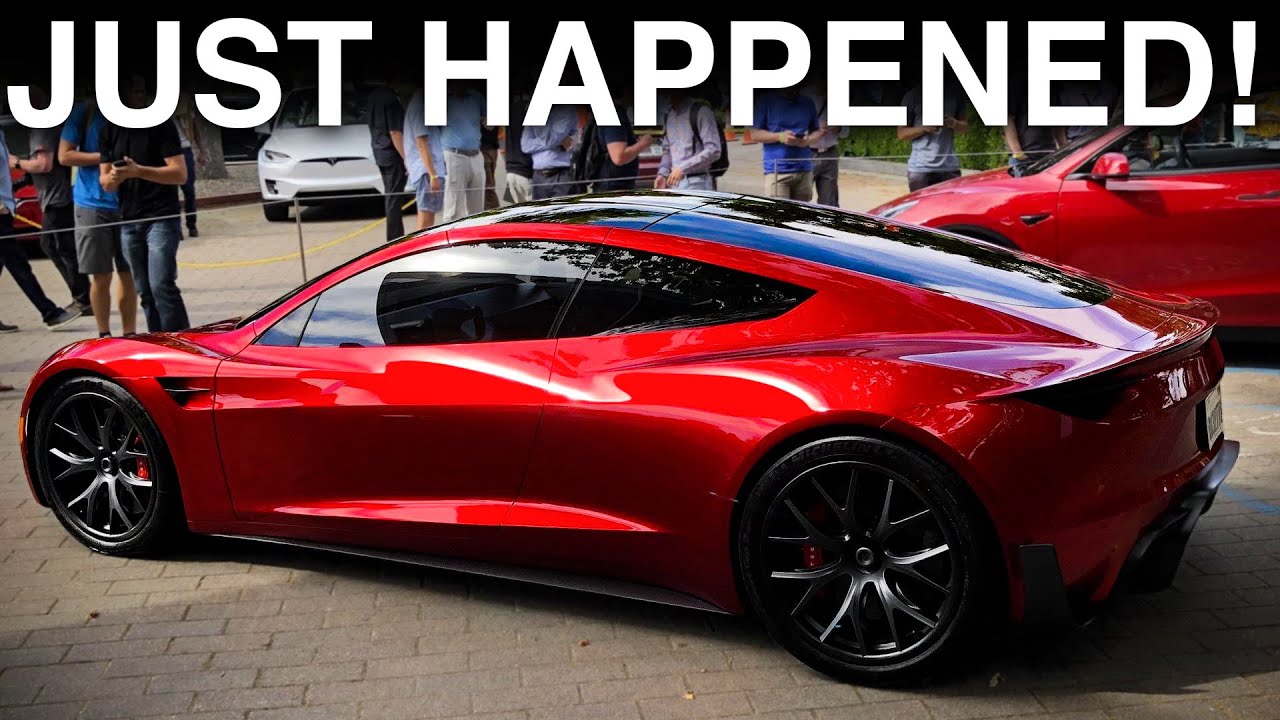 The original Tesla Roadster was built for speed. It dazzled the world and generated
interest in electric vehicles at a time that other EV models were atrocious to use.
However, the Roadster was not going to live long as Tesla stopped its production. But
now, the company is resurrecting the speed demon, and it is back better than ever!
What does the new Roadster bring, and how will it be made? In this video, we dive into
all the details of the Tesla Roadster 2022 as it is finally here!
Automobiles do get resurrected sometimes. Like the Hummer that GM is bringing back
on the road. The old timers watching this video will remember seeing these monster
SUVs in the rap videos of the nineties. However, these oversized gas guzzlers got lots
of criticism for their environmental pollution reputation until GM stopped making them!
But now, the automaker has brought the Hummer back as a battery powered vehicle!
However, if any car deserves a second chance, it is the Tesla Roadster. In many ways,
it shaped the direction of electric vehicles. It showed what was possible with battery-
powered mobility. Launched in 2006, the Roadster was the first electric vehicle to use a
lithium-ion battery. Other models used the cumbersome and less efficient lead-acid
battery.
When it debuted, the two seater Roadster was a pretty ground-breaking vehicle. The
base model, the first of four that were produced, featured a range of 244 miles on a full
charge and an electric motor that was good for 248 hp and 200 pound-foot of torque.
The chassis and body were based on a Lotus Elise/Exige architecture. Actually, Lotus
provided the motorless gliders for Tesla.
Speed was the focus of the production. The debut base model and the upgraded
Roadster 1.5, released in 2008, could sprint from 0 to 60 miles per hour in just 4.6
seconds and had a top speed of 125 miles per hour. The base model started at
$109,000, an attractive purchase for reasonably well-funded fans of electric cars. The
second version of the Roadster dialed up the power to 248 hp and 280 pound feet of
torque while keeping the range at 244 miles! While we take 300 miles of range for
granted these days, the Roadster’s 244 miles was practically unheard of that time!
The big leap with the first-gen Roadster came with Roadster 2.5 and 2.5 Sport, which
served up 288 hp along with a maximum torque output of 295 pound-foot in the Sport
model. These later variants also featured slightly revised styling front and back. By this
time, the Roadster featured a single-speed BorgWarner transmission, in contrast to the
two-speed transmission of the debut model. Tesla managed to cut down the Zero to 60
miles per hour sprints to 3.7 seconds! However, buyers had to pay more because Tesla
had jacked up the price to $128,500 for the top 2.5 Sport. But then, the gains were
visible because the new version offered improved noise insulation, new seats, and a
larger 7.0-inch optional touchscreen infotainment system. Things have changed a lot
because Teslas now have far larger screens as standard!
Now, learning that Tesla made four versions of just the first generation Roadster, you
might assume the company sold a boatload of the fast cars. That was not the case
because Tesla made only around 2,450 units, making the Roadster an exclusive model.
It was simply a matter of Tesla moving fast as usual with vehicle development! But then,
a good number of these first generation EVs are still on the road, more than a decade
later!
Tesla would stop making the Roadster in 2012 to focus on the Model S, but it kick-
started Elon Musk’s world-famous plan to electrify the global transportation system. The
goal was to start production with a low volume but high price model before working
down to something for the masses, a position filled by the Model 3! However, Tesla
learned many lessons in the short production run, some of which are still guiding the
company today!
Between then and now, Tesla has become the biggest EV maker. Even though the
company came close to bankruptcy and being sold to a popular phone company, Tesla
is currently building factories in other continents and making advancements in battery
research!
However, the success recorded by Tesla is not enough as it plans to bring back the
Roadster but as a far improved electric vehicle. There have been improvements all
around! One of the most visible is the number of seating which Tesla has bumped to
four, meaning you can bring more friends and family on hair-raising rides in Tesla’s
fastest car! And you have never moved so fast because this new Roadster moves like
nobody’s business! 0 to 60 miles per hour takes 1.9 seconds, faster than other electric
models that actually cost millions of dollars! You will reach 100 miles per hour in 4.2