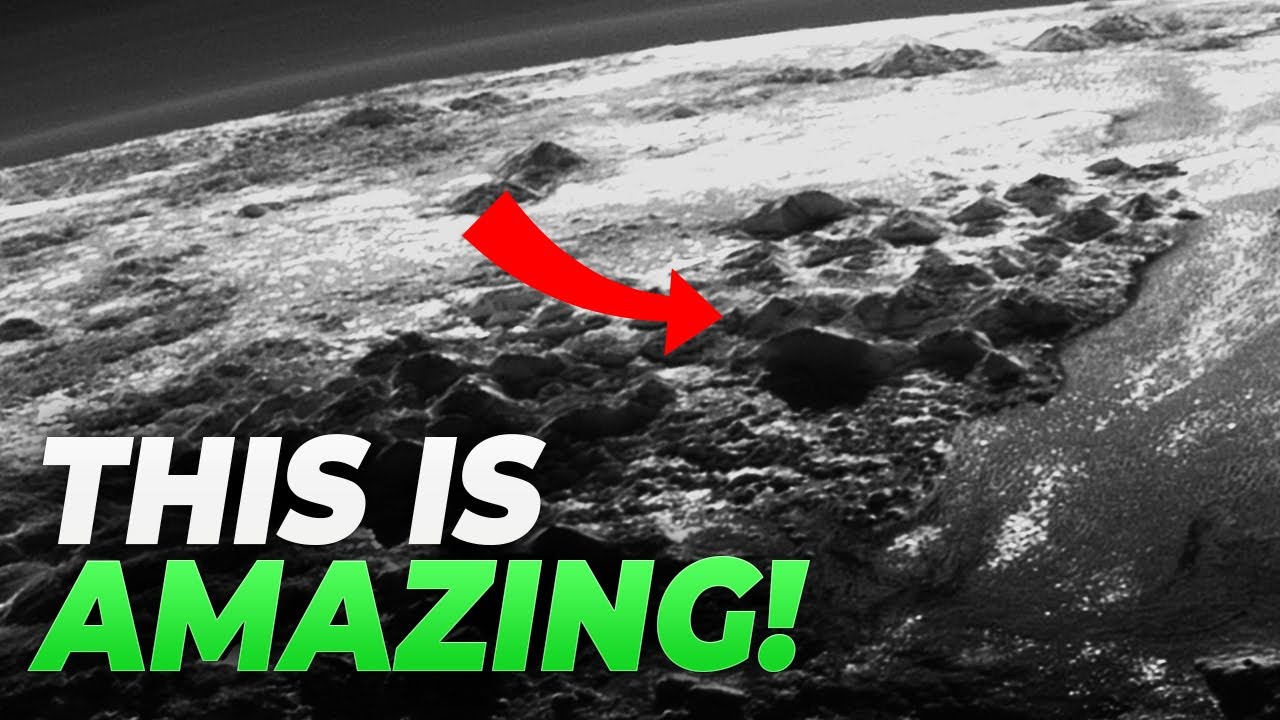 Pluto could never amaze the scientists as much as the other planets of the solar system did however, this does not mean that the planet is boring and doesn’t have anything to impress. It remained mysterious for most of its life as a planet until NASA’s New Horizon surprised us with the strange features of the former planet. The close-ups from the icy and youthful surface of Pluto not only astounded the scientists but also made them rethink their important 2006 decision. Welcome to Cosmos Lab, your one station for all the news from space. Join us in today’s video to see the flashes from the icy planet and why it made the scientists rethink.
National Aeronautics and Space Administration states Pluto as a fascinating world that has blue skies, spinning moons, mountains as high as the Rockies, and strange red snow. Pluto was once considered the ninth and most distant planet from the sun, however, in 2006 it got kicked out of the planets club and is now the largest known dwarf planet in the solar system. It’s also one of the largest known members of the Kuiper Belt that is a hazy region beyond Neptune’s orbit. Hundreds of thousands of rocky, ice bodies greater than 62 miles (100 kilometers) across, as well as 1 trillion or more comets, are expected to occupy it.
Pluto first came into observation by an American astronomer Percival Lowell. He caught the hints of Pluto’s existence for the first time in 1905 from odd deviations he observed in the orbits of Neptune and Uranus. He suggested that another world’s gravity was tugging at these two planets from beyond. Lowell predicted the mystery planet’s location in 1915 but died without finding it. Pluto was finally discovered in 1930 by Clyde Tombaugh at the Lowell Observatory, based on predictions by Lowell and other astronomers.
Pluto got its name from 11-year-old Venetia Burney of Oxford, England, who suggested to her grandfather that the new world get its name from the Roman god of the underworld. The name was then passed on to Lowell Observatory by her grandfather Percival Lowell, whose initials are the first two letters of Pluto, is also honored by the name.
Because Pluto is so far away from Earth, little was known about its size or surface conditions until NASA’s New Horizons mission. NASA’s New Horizons probe flew through the Pluto system for the first time on July 14, 2015, producing the first close-up photographs of Pluto and its moons as well as other data that has revolutionized our knowledge of these fascinating worlds on the solar system’s outskirts.
Pluto’s surface is now coming into focus after 85 years of mystery, with a new NASA photo displaying towering ice mountains rising from its unexpectedly youthful face.
At minus 387 degrees Fahrenheit, Pluto’s surface is one of the coldest regions in the solar system. When compared to previous photographs, Hubble Space Telescope scans of Pluto revealed that the dwarf planet had gotten redder over time and this is presumably due to seasonal fluctuations.
The probe data also showed that Pluto has a diameter of just 1,473 miles or 2,370 km. This is less than one-fifth the diameter of Earth, and only about two-thirds as wide as Earth’s moon.
Pluto orbits the Sun about 3.6 billion miles (5.8 billion km) away on average, about 40 times as far as Earth. A year on Pluto is 248 Earth years and a day on Pluto lasts 153 hours, or about 6 Earth days.
The mission observations of Pluto’s surface revealed a number of surface features. Alan Stern, New Horizons principal investigator from the Southwest Research Institute, Boulder, Colorado said, “It’s clear to me that the solar system saved the best for last! We could not have explored a more fascinating or scientifically important planet at the edge of our solar system. The New Horizons team worked for 15 years to plan and execute this flyby and Pluto paid us back in spades!”
The surface features include mountains that reach as high as 11,000 feet (3,500 meters) and are comparable to the Rocky Mountains on Earth. Much of the surface is covered by methane and nitrogen ice. The answer to how these high mountains are formed remains unsolved.
One of the most intriguing and strange features was a brilliant plain inside Pluto’s distinctive heart-shaped feature, termed “Tombaugh Regio,” after Pluto’s discoverer. The terrain is made up of a broken surface with irregularly shaped parts that appear to be geologically young due to the lack of impact craters. The left side of the region (an area that takes on the shape of an ice cream cone) is covered in carbon monoxide ice. Within Pluto’s “heart,” other differences in the composition of surface components have been discovered.