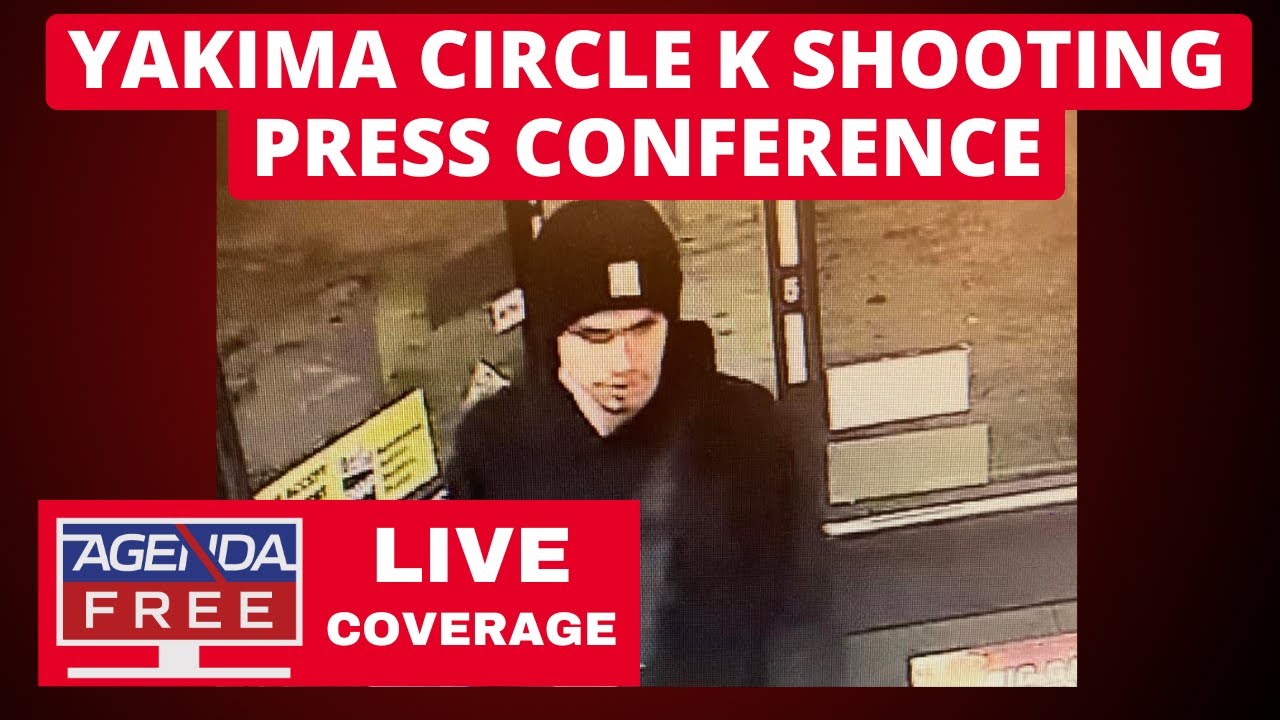 Police are holding a press conference about the shooting incident in Yakima, Washington this morning where a man apparently randomly shot and killed three people, including two inside a Circle K convenience store. Join us for LIVE coverage of the Yakima shooting press conference.

Two people were shot and killed inside a Circle K store in Yakima early this morning and another person was shot and killed in their car outside of the store. Police believe the shootings were random. Police have released an image of the suspected Yakima shooter. Reportedly they found the suspect this afternoon. There may be new information on the suspect in the news conference. In this interactive live stream, host Steve Lookner brings you live coverage of the Yakima shooting press conference, and he’ll also read your comments and questions on the air!

Your donations keep us on the air!
Donate at http://agendafree.tv

Or get cool Agenda-Free TV rewards by supporting us on Patreon: http://www.patreon.com/agendafreetv

Join the Agenda-Free-TV Discord so you can chat with other viewers when we’re not on the air!
https://discord.gg/agenda-freetv