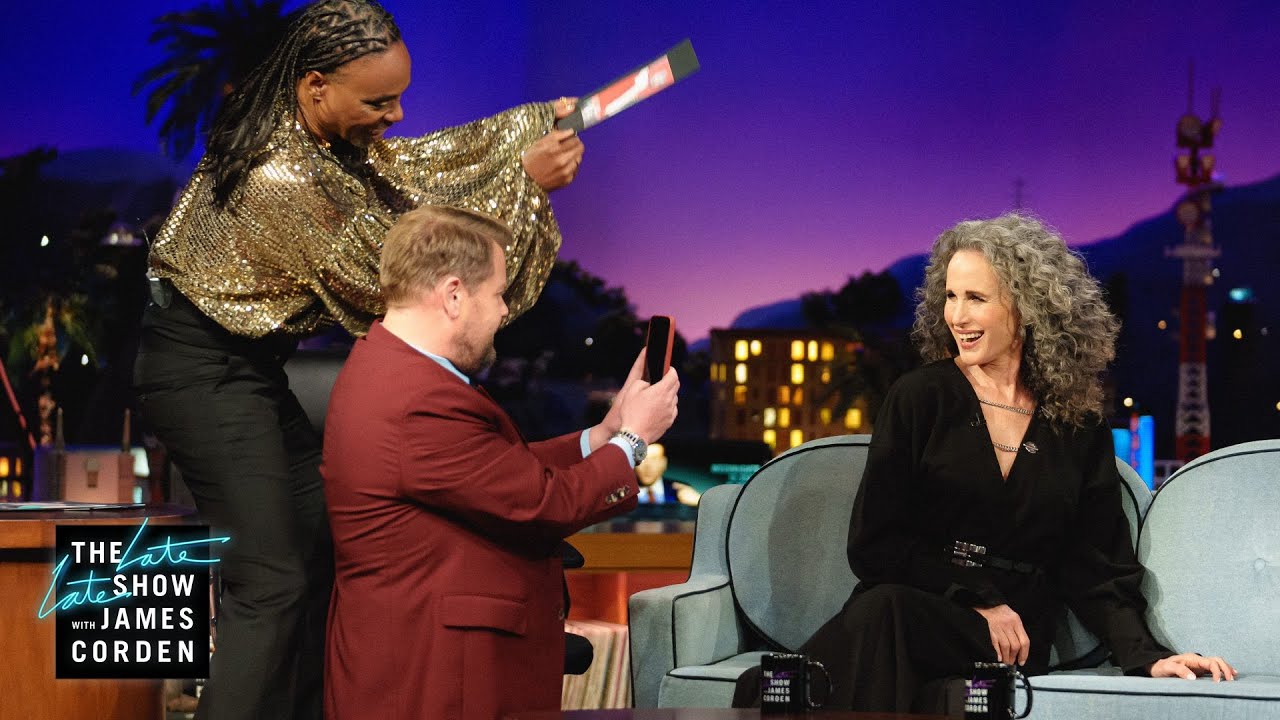 James welcomes his guests Billy Porter and Andie MacDowell, who has not only a new puppy but also a new granddaughter. And the “80 for Brady” star Billy, who recently received his star on the Hollywood Walk of Fame, offers Andie help taking a profile picture for the dating app Raya.