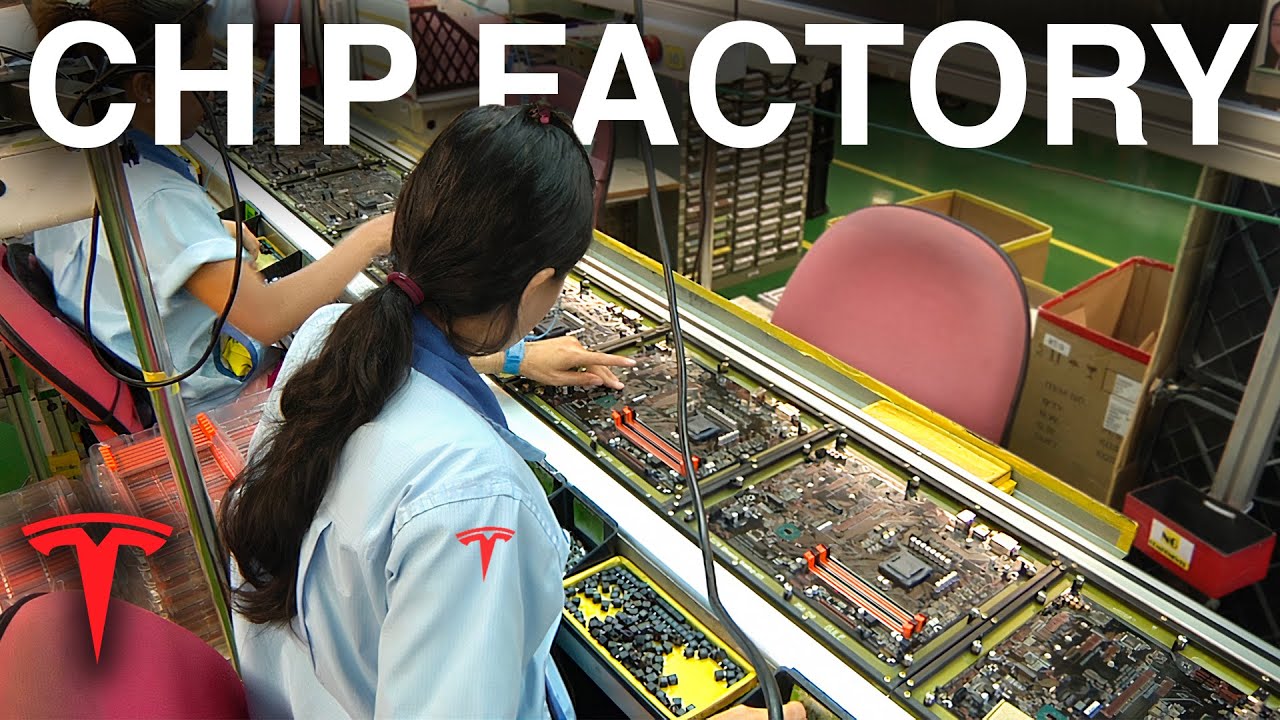 The electric vehicles made by Tesla are much more can automobiles, as they contain
lots of fantastic techs. This is why it is hard for many Tesla owners to switch to other
brands, as it will be a downgrade! However, to make these advanced cars, Tesla makes
use of a lot of chips! Even though lots of companies have reduced or paused production
due to the lack of chips, Tesla has been able to withstand the global shortage because
it is making its own chips! What do the chips look like, what are their capabilities, and
how is Tesla making them?
Join us as we take you inside Tesla’s new chip factory!
Since the introduction of the automobile more than a hundred years ago, you get what
you pay for and remain stuck with it till you dispose of it. Changes were limited to minor
hardware improvements or customization like installing better suspensions, etc. More
hardcore car fans would swap out the engine with a bigger, faster, and noisy one.
However, modding is an expensive and time consuming hobby.
Things are different, though, when it comes to Tesla cars. You could purchase a Tesla
car and get a new feature a year later without having to drive to the dealership. You
could even wake up to features you already have now working better or are easier to
use! This is reminiscent of how smartphones and laptops work, where their
manufacturers send updates that unlock or add new features!
In fact, back in 2015, Elon Musk, CEO of Tesla, called the Model S not just a car but a
sophisticated computer on wheels!
Show this website:
Elon Musk: Model S not a car but a ‘sophisticated computer on wheels’ – Los Angeles
Times (latimes.com)
At that point, the Model S just got several updates. Musk explained the Model S was
designed to be a very sophisticated computer on wheels and referred to Tesla as a
Silicon Valley software company! He also used the analogy of updating phones to show
how Tesla vehicles got better with time!
During the same conference, Musk announced that, after the update, the Model S
would be able to scan the locations of all Tesla charging stations and tell drivers exactly
how far it is to the closest or best one, and also recommend the best route to get there!
Tesla was also going to improve radio reception and the car’s sound system!
All these new exciting updates would be delivered to the car from Tesla servers over the
air, which meant there was no need for technicians to work on them physically!
Tesla is still adding new features to its cars, with one of the most notable ones being
Full Self Driving. Artificial Intelligence promises to enhance the Tesla cars even further.
AI is behind the machine learning algorithm behind Tesla’s Autopilot self driving system!
Tesla is keenly focused on this technology, with a single giant neural network known as
a transformer receiving input from 8 cameras at once!
Six years after Musk called the Model S a sophisticated computer on wheels, Tesla’s AI
chief, Andrej Karpathy, referred to Tesla cars as synthetic animals that can move
around autonomously, sense the environment, and act autonomously!
However, without chips, none of these extra features will be possible! Chips power
virtually everything, from power steering to brake sensors, entertainment systems,
parking cameras, etc. In fact, the smarter Tesla cars get, the more chips they use!
Tesla, as an electric vehicle maker, consumes large numbers of chips! According to US
Commerce Secretary Gina Raimondo, the average electric vehicle contains about 2,000
chips, about double what non-electric vehicles use!
The issue with chips is that they are everywhere, from smartphones to computers,
servers, toys, medical equipment, and industrial robots! Fighter jets, heavy machinery,
spacecraft all depend on semiconductors! Every industry needs chips to function. Arm,
the British company that licenses its technology for companies that design their own
chips, estimates that its technology makes it into more than 25 billion chips per year!
This global dependence on chips put major companies on a collision course with
another as they scramble to secure chip supplies to sustain their production. Microsoft,
Google, Apple, Amazon, Facebook are all hungry for chips.
This mad dash for chips is even made worse by the global chip shortage, which shows
no sign of going soon like the pandemic! The pandemic itself increased the demand for
chips as many people bought up electronics for working and playing at home.
Meanwhile, the pandemic paused production in many chips factories, reducing the
number of chips available for buyers and creating a backlog of orders awaiting
fulfillment.
Pat Gelsinger, CEO of Intel, one of the biggest semiconductor companies globally, said
it could take a couple of years to catch up with the demand!