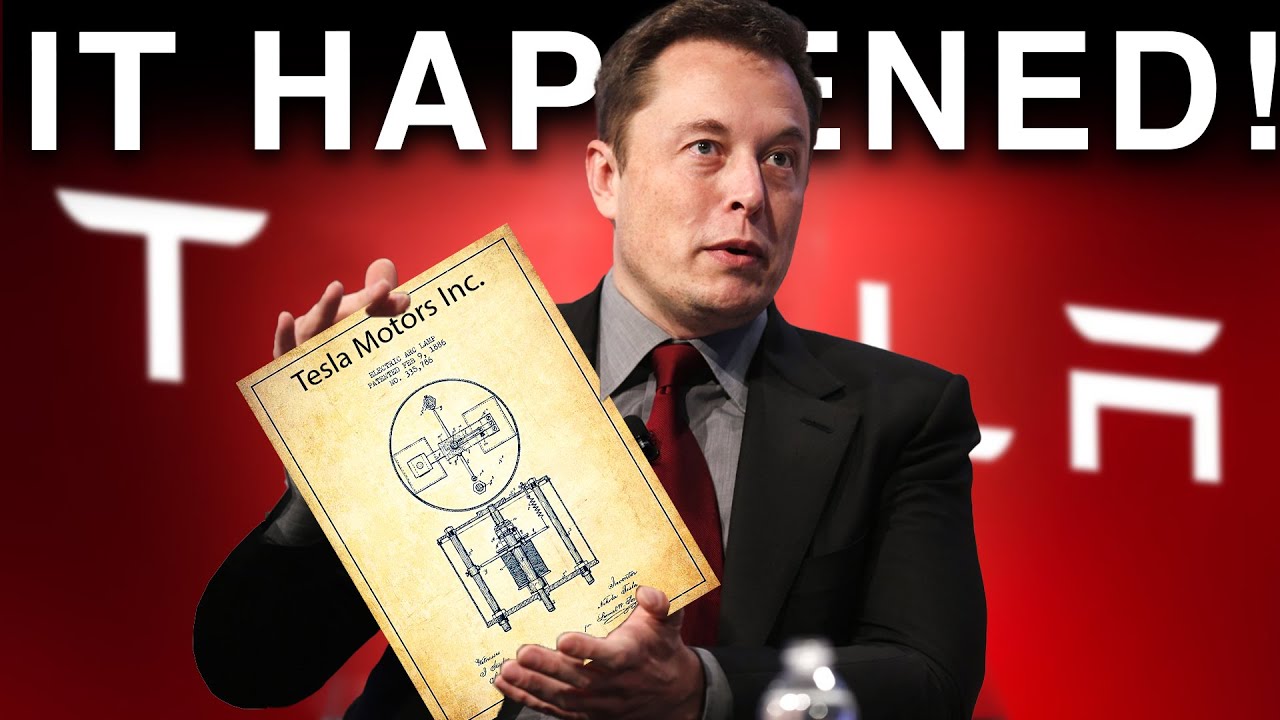 As a very innovative company, patents are the norm at Tesla. The company files
patents all the time to protect its intellectual properties. However, there is a new Tesla
patent that Elon has just revealed, which will help it cut down costs by 33 percent! What
is this patent, and how does it help Tesla to cut costs?
Join us as we examine how Elon Musk finally reveals the new Tesla Patent that
changes everything!
Due to Musk’s dream of reducing environmental pollution caused by internal combustion
engine vehicles, Tesla plans to make many electric vehicles! Using 2020 as a base year
where the company produced almost half a million electric cars, Tesla plans to increase
its production by 50 percent every year! That means Tesla will make nothing less than
750,000 electric vehicles this year and more than a million next year! By 2030, Musk
wants to be producing 20 million cars per year! That is a huge jump from where Tesla is
currently, but the richest man alive is determined and will not let anything stop in!
Some of the electric models that will make up the millions of vehicles are still on the
way. They include the Cybertruck electric pickup truck, which has been claimed to have
anywhere between 1,000,000 and 2,000,000 preorders! Tesla is also developing the
Tesla Semi truck for hauling products. There is also the rumored Model 2, which Musk
has said would not be called the Model 2. This is the cheap 25,000 dollars electric
vehicle that Musk has always wanted to make. It will be a mass-market vehicle that will
be sold in millions to people on a budget to bring them into the electric fold.
These new vehicles will join Tesla’s existing models like the Model 3, Model Y, Model X,
and Model S! There is also the Roadster, which Tesla is bringing back!
All these cars require batteries to work. In fact, the Cybertruck and Tesla Semi require
bigger battery packs because of the extra weight that they will bear and their specific
use cases!
Sourcing these batteries will only get harder, as more companies are beginning to make
electric vehicles, too, to meet growing demand. The big guns are already making moves
to secure their battery supplies ahead of the upcoming crunch! Take Volkswagen, for
example, which is trying to escape from the pit of a scandal it plunged itself into by
cheating on emissions tests. The company is determined to catch up with and beat
Tesla by using Tesla’s own methods! It organized its own Power Day, where it talked
about batteries across its many brands and revealed its strategy for the future. That
strategy involves making big investments in six battery plants in Europe to the tune of
29 billion dollars! Essentially, Volkswagen is also becoming a battery maker to lock
down its battery supply! Its goal is to reduce battery cell costs by 50 percent through
mass production!
General Motors have also tried to ensure it gets enough batteries for its planned
accelerated expansion into electric vehicles. GM will release 25 electric models by
2025, including the Hummer EV truck and SUV, the F-150 Lightning electric pickup
truck, and the Cadillac Lyric. The American company is teaming up with LG Chem to
make the Ultium batteries that will power the upcoming EVs, which GM will start
delivering this December with the Hummer EV truck. However, that is after it and LG
Chem have cleared up the huge mess of the Chevy Bolt recall, which is due to possible
defects in the batteries supplied by LG Chem!
As forward thinking as these electric vehicle makers are about batteries, Tesla remains
ahead of the industry! It has spent the last couple of years working on a new battery
which it revealed at its Battery Day event last year. The new battery, called the 4680
battery, is an improvement on many fronts compared to Tesla’s older battery.
The 4680 battery can pack more active material in the same battery pack sizes,
increasing its energy density. The battery is also lighter and can be produced for less
and faster. To crown it all, the new battery is safer as it is less likely to catch fire!
Tesla is teaming up with its old partner, Panasonic, to make the new batteries, but it will
make them on its own too!
An important ingredient in this new battery is lithium. The issue with lithium is that the
world needs a large amount of it to function! It is present almost of the batteries
powering the electronics around you! If you are watching this video on a laptop, tablet,
or phone, you have lithium to thank because it is what makes the batteries powering the
devices work!
So everybody needs lithium! Lithium is not as scarce as, say, cobalt because it is
everywhere. In fact, the lithium in the US is more than enough to power all the electric
vehicles coming to the US in the future!
However, where the problem lies is extracting lithium from its naturally occurring state!
There are big mining companies extracting lithium, like Livent and Albemarle, operating